Dr. Peter Hayashida has no plans to buy a flashy car or a private island — instead the Pickering, Ont., man de 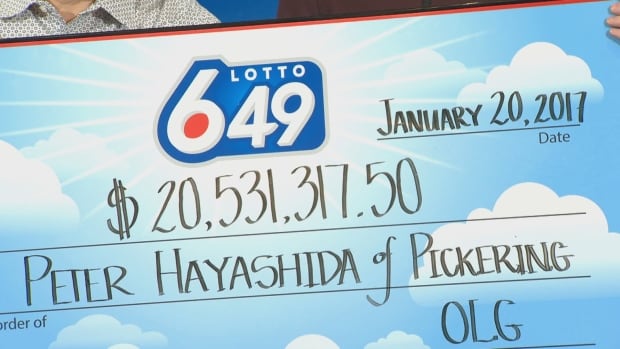 cided to use his $20.5-million windfall to stop working a few years earlier than planned.

The former cosmetic surgeon bought the ticket to his retirement last fall, scoring the Oct. 8, 2016, Lotto 6/49 jackpot. He only picked up his winnings on Friday.

Initially, Hayashida said he thought he’d won $20,000 — roughly the same amount he and his wife had just spent on a renovation — and was delighted.

Then his brain caught up with him.

Hayashida says he and his wife plan to start a charitable organization with some of the winnings. (CBC)

“I went to another machine, I scanned the ticket again and I counted the zeros,” he said Friday. “At that point, I go, ‘Oh my gosh.'”

Hayashida, 59, said he spent the past months finding someone to take over his practice — and to discuss plans with his wife. The couple also has two adult children.

“We’re planning some small trips with friends and family, but nothing big.”

Instead, Hayashida said he and his family hope to start a charitable foundation, but have yet to agree on what cause they’ll sponsor.

“When you get a gift this big, I think you should be responsible and return some of it to the community.” 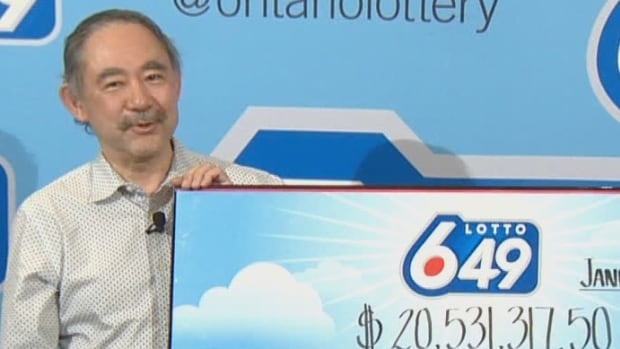