Canadian Lottery Winner Leaves His Wife, She Now Claims That Half Of The Winnings Belong To Her 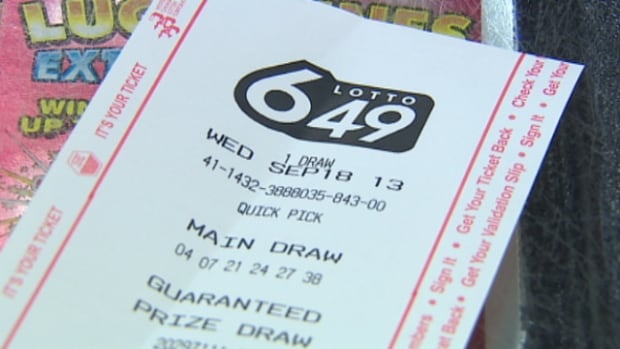 A Canadian man and woman are describing how a lottery win has brought their marriage to a bitter end. Denise Robertson and Maurice Thibeault’s divorce began with the $6.1 million that he had he won in the Canadian Lotto 6/49 that ultimately ended up with them together in a court room.

Denise says that during 2 years of marriage the couple had a dream of winning the lotto together.

Yet, just a few days after Maurice had won the lotto jackpot of more than $6 million without telling his wife about the win, he packed his belongings and his passport and left their home.

The couple had been married and living together for 2 years before the lottery win and before Maurice had left without telling Denise about the win.

Before leaving the house Denise recalls that Maurice had spent hours upon hours doing many loads of laundry and now she understands why he had the need to do all of his laundry at the same time, he was planning to leave.

The day before Maurice left, Denise says that she asked him to check the lottery ticket to see if they had won anything and that Maurice told her that he had already checked and that they had no winnings with the ticket that they had bought together.

Denise and her lawyers have since filed a court injunction to prevent her husband from being able to collect his winnings unless half of the winnings are given to her.

Denise says that she is very sad and that her and her husband could have been very happy together along with the winnings and that she wishes he would not have been so greedy.

In the Canadian Lotto 6/49 all prizes of $10,000 or more must go through a reviewing process. This includes interviews with winner and their spouse. During these interviews a special claims investigator determines ownership of the ticket and the prize.

OLG’s senior manager of media relations Tony Bitonti states “If, for any reason, our prize claim review team cannot confidently determine the ownership of the ticket from the answers to the questions from the interview, then the claim is sent to OLG general investigations for further review. This further review can include interviewing other individuals with relevant information surrounding the prize claim”.